A downloadable game for Windows

Late one night as Eurogamer's Ian Higton drifts off to sleep, he finds himself in a strange world where everything and everyone looks strangely low-res and there's only 8 colours.

Ian is now Higgy, a cartoon hero on a quest to find… a lost retro 8-bit computer? And 20 games? Is that it? Well, I suppose some of the games are well hidden.

Wait, is that the other members of the Eurogamer video team over there? They look… different.

Man, this is a weird dream. At least I hope it's a dream…

Z - left, X - right, Space - Jump
Enter - Pickup/drop/use/interact
K and M move up and down in Higgy's inventory
Q to return to the title screen, ESC quits the game entirely

Higgy - A Speccy-ish Adventure was designed as a tribute to the Dizzy games, created by The Oliver Twins and published by Codemasters. They came out on pretty much every computer and console of the era, from Amstrad to Nintendo but as the name suggests I've aimed for a look and feel of the ZX Spectrum.

I've made a few concessions - primarily there's no colour clash and the music probably has a few too many voices. Also I added air control during jumps - you'll not go rolling to your death in this game!

Code, design, art and sound by me - @MrTom
Music by @BoBSwanS
The font I used is "KenPixel Mini" by Kenney http://www.kenney.nl/

I used the following tools to create this game:

I've also released a template for making your own ZX Spectrum style adventure game in GM:S studio - get it here!

Nice work on the ZX Spectrum Adventure Game Template and this game. Being a speccy and dizzy fan I was glad to see both.

I wanted to ask if you take commission work on gamemaker these days? 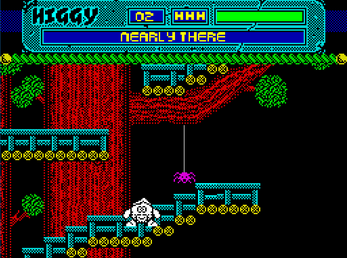 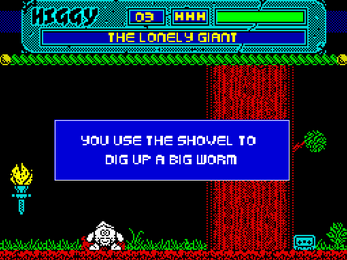 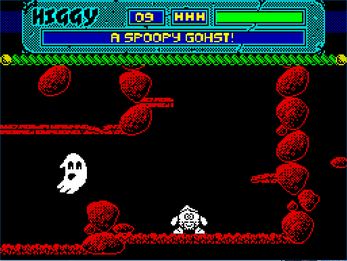